skip to main | skip to sidebar

The Provision of Steam

Without doubt, the greatest challenge facing this Society at the moment is the provision of steam for the Marshall engine. In making this provision there will be many discussions as to what constitutes an effective preservation policy.

Presently, we have two wasting (and probably quite unique) Marshall built, Cornish boilers, which, without any preservation measures, will ultimately return to their natural state, to be survived only by the engineering bricks that supported them.

If the nature of that restoration work becomes so extensive as to materially alter the identity of the object being preserved, then some may question the validity of undertaking such a restoration programme. What degree of restoration work should be allowed to take place and still permit the boilers to be ‘badged’ as Marshall’s work, as opposed to being described as a replica?

Another argument would suggest that restoration work is not unlike extensive repair and maintenance that might have been undertaken when the boilers were in active service. In practice, the boilers would probably have been replaced or superseded before such extensive repairs became necessary. The principle does however remain.

There are many arguments that are of a purely practical nature. Such arguments may suggest that it would be folly to restore a boiler of that nature which is going to be prohibitively expensive to run, difficult to maintain and will continue to be subject to the very conditions that brought about the deterioration in the first instance. If the objective is to solely provide steam for the Marshall engine, then there are greener and more cost effective ways of doing it!

If you have a viewpoint on this topic, then please feel free to share it. To facilitate this I have set up a blog where you can record and discuss with others, your thoughts on the matter. The address is: 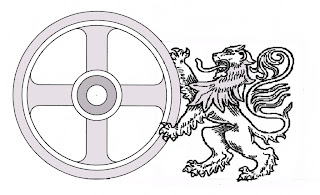